John, Paul, George and Ben
The illustrator from The Stinky Cheese Man has created an imaginative title with fictional childhood stories about a few of the founding fathers--each coinciding with a known personality trait:

Younger children may not get the humor, since most children will not have the foreknowledge that these men are known for these particular traits. The teacher could solve this by talking about the men ahead of time. At the end of the book, there is a spread with one or two sentences about each of the five men plus formal portraits. Before reading about section, turn to the back and read the appropriate summary. This will give away the joke a bit, but...hey, at least they will understand it. :)

As one would expect from Lane, this book is off-beat and quite funny! School Library Journal suggests you "exercise your freedom to scoop up this one."

Read-Aloud vs. Individual Reading:
For kids in first, second, and third grade, this book will need to be a read-aloud rather than for individual reading, as children generally do not read on the reading level (difficulty level) of this book until the end of third grade. The majority of fourth and fifth graders should be able to read this book independently.

Awards and Accolades for John, Paul, George, and Ben:

Below are sample spreads from inside this book.   We love the quirky illustration style.  So funny. :) 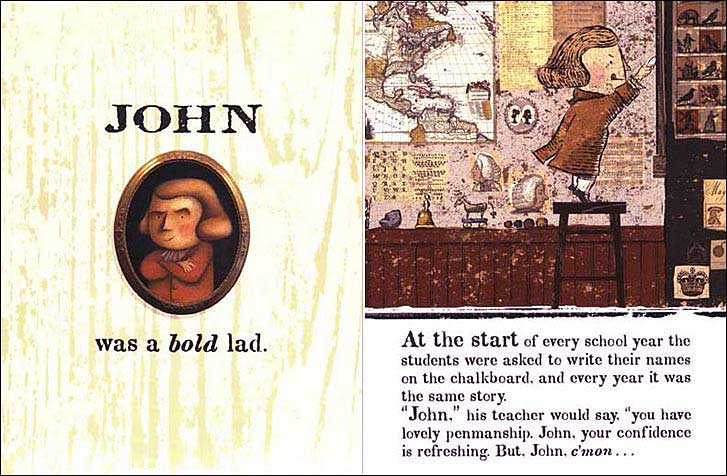 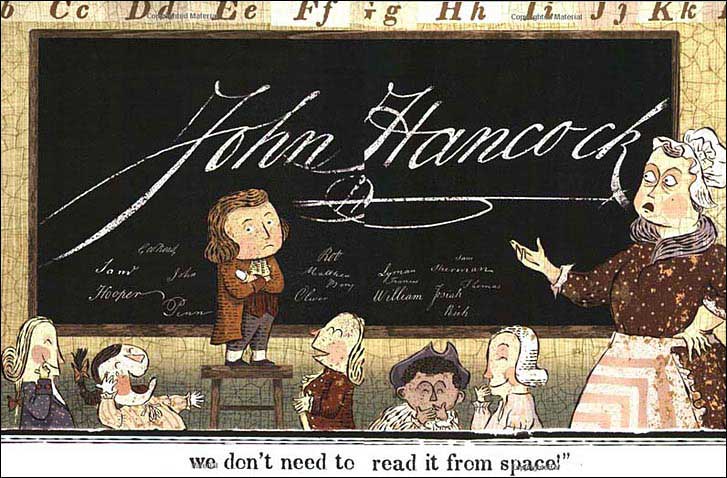 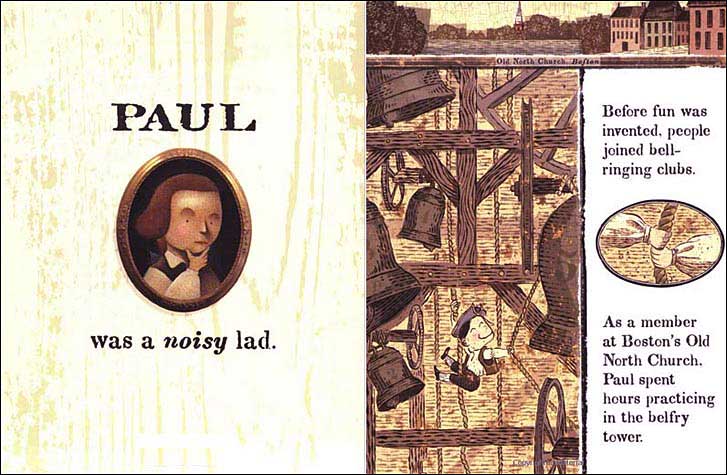 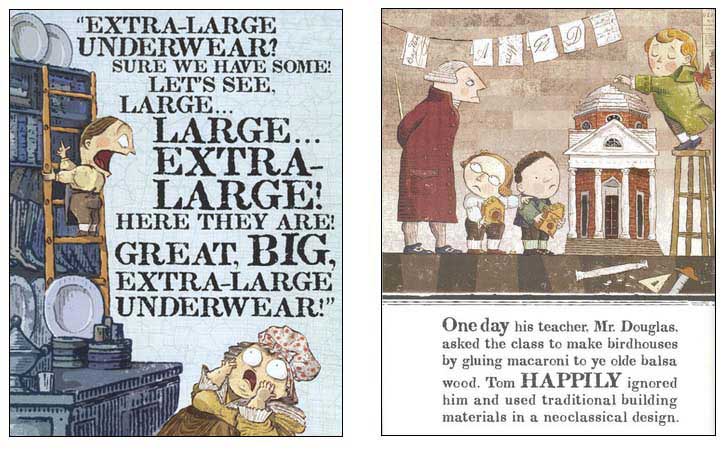